Beyond the Fringe English

Break Down the Walls

The lecture will unearth important visual and video materials to shed light on the experimental and political impact of videos in 1980s socialist Yugoslavia. Around the same time, a specific movement called the Ljubljana subculture or alternative movement developed and worked hand in hand with the punk movement and also with parallel groups such as the music group Laibach.

Importantly, the subculture or alternative movement of Ljubljana was not a socialist counterculture movement, as in other former Eastern European movements of the 1970s, but an urban movement connected with punk and rock ‘n’ roll music and the LGBT scene. The subculture or alternative movement of Ljubljana in the 1980s also used video, Xerox, and Polaroid—all technologies that were quick and easy to reproduce. This was a unique phenomenon in the entire Eastern Block, as it was banned and legislated everywhere else except in the former Yugoslavia. Video was not only a Benjaminian medium, but also a social and political tool that was very often used to openly express nonheteronormative sexuality. In the 1980s, therefore, there was an oversexualization of the medium of video. This process took place with the externalization of sexuality that had been adopted from the underground film tradition. All this was present in socialism as an anarchistic and political gesture.

The lecture will also look at the reception of such works under socialism and how this history can be reflected on today with the history of experimental and underground film production of this period in the “former” West. 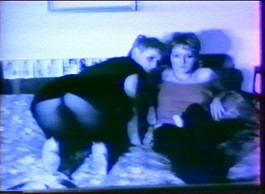 The talk will introduce the US queer-feminist punk movement. It will present individual bands, their songs and policies as examples for the diverse political and social concerns of this loose movement. It will address why communities and individuals chose punk as their musical and aesthetic form and what they wanted to achieve with their provocative songs and loud, aggressive music. Of interest is especially how marginalized individuals and groups, such as women, nonbinary and trans* people, people of color and Black people, but also people with disabilities, have appropriated punk music to make themselves heard and to form communities of solidarity. Thereafter aspects of archiving and memory culture around queer-feminist punk will be discussed. The question raised will be how or if and for whom punk culture should be archived and preserved in institutions like universities or state archives. Additionally, scientific analysis itself, as a form of archiving and memory culture, will be critically reflected, asking selfconsciously, if punk should be incorporated into academic knowledge and who benefits from such an incorporation.

The past decade has seen an enormous increase in history writing and hence archival research by and about so-called subcultures. In this lecture Marion Schulze connects this current archival work with conceptual accounts of subcultures (by both participants and academics). She believes that this connection offers elemental explanations of how and what is currently being collected, ordered, and selected (and rejected). In a first step, she will examine two central figures, which are often intertwined, that have shaped these works of preserving and recording objects and words: the figuration of “part of a whole” and the binomial “center-periphery.” In a second step, starting out from her own research on hardcore (punk) design of the 1980s, she will example the effects of these accounts on (ethnic) archives and then conclude her lecture with a speculative lesson for other possible accounts.

This lecture is dedicated to memory practices and to feminist and queer punk in (post) socialist Europe, especially Poland. What spaces does punk queer or feminist punk occupy, how is it remembered and how or where is this knowledge preserved? Starting from the question of the localization of feminist and queer punk in relation to the punk scene, movements, but also art and institutions in general, the question is asked how these localizations affect memory practices. On the one hand, it looks at the interplay of memory cultures and canonization processes within the framework of punk, as well as institutions, and on the other hand at feminist and queer actors themselves. Even if there are isolated counterexamples, feminist and queer punk as a fringe of the fringe and counterculture of counterculture inhabits a blind spot and is exposed to dynamics that favor forgetting.

The presentation focuses on the development of Afropunk as an expression and analyzes its ideological, philosophical, and stylistic differences to the well-established punk subculture. The influences from other subcategories of punk will be highlighted as well, in particular how they contributed to the genre bending ethos which made Afropunk into what it is known for today.

An influential history played on around Ratinger Strasse in Düsseldorf in the 1960s and 1970s: between black-and-white photographs, yellowed admission tickets, and dogeared flyers, myths formed that would be retold by entire generations of artists and fans. In Carmen Knoebel’s legendary Ratinger Hof, animal cadavers flew through the room, and while Joseph Beuys was presenting his Happenings, leftovers from dinner at the Restaurant Spoerri became highly unusual works of art. This very special cultural and media history of Düsseldorf is shrouded in legends and at the same time full of gaps. The interdisciplinary research project #KultOrtDUS: Die Medienkulturgeschichte Düsseldorf als urbanes Forschungsfeld [The Cultural History of Media in Düsseldorf as a Field of Urban Research] of the Institut für Medien- und Kulturwissenschaft of the Heinrich-Heine-Universität has brought out the unseen in recent months in close exchange with the city’s residents.

Talking HERstory focuses especially on the figure of the female eyewitnesses: women talk about their perspective on the suband countercultures of that era. Even in studies of the history of urban media cultures, women’s voices often attract less scholarly attention than those of men. There were plenty of them in Düsseldorf, however: both onstage, as in the punk band Östro 430, and in the fray of the audience in front of them.

The conference Fringe of the Fringe - The Privileges of Subculture in the Memory of Institutions took place at NRW-Forum Düsseldorf from November 18-20, 2021. The program is archived on this website. 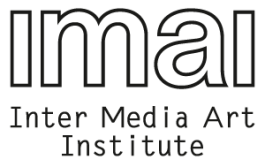 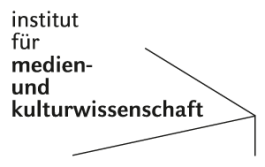 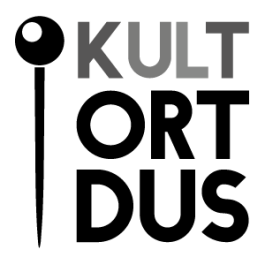 With kind support from